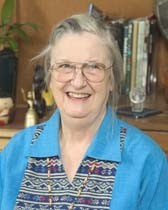 Congratulations to Elinor Ostrom, who has jointly (with Oliver E. Williamson) won the Nobel Prize for Economic Sciences. According to Wikipedia:

Ostrom is considered one of the leading scholars in the study of common pool resources. In particular, Ostrom's work emphasizes how humans interact with ecosystems to maintain long-term sustainable resource yields. Common pool resources include many forests, fisheries, oil fields, grazing lands, and irrigation systems. Ostrom's work has considered how societies have developed diverse institutional arrangements for managing natural resources and avoided ecosystem collapse in many cases, even though some arrangements have failed to prevent resource exhaustion. Her current work emphasizes the multifaceted nature of human–ecosystem interaction and argues against any singular "panacea" for individual social-ecological system problems. .... In 2009, Ostrom became the first woman to receive the prestigious Nobel Memorial Prize in Economic Sciences. The Royal Swedish Academy of Sciences cited Ostrom "for her analysis of economic governance," saying her work had demonstrated how common property could be successfully managed by groups using it.