One of the best films I have seen for ages, Hidden Figures (2016) tells the story of the computers whose calculations gave the early space-race a significant boost. In those days, a ‘computer’ wasn’t a PC or a laptop, but a human mathematician. 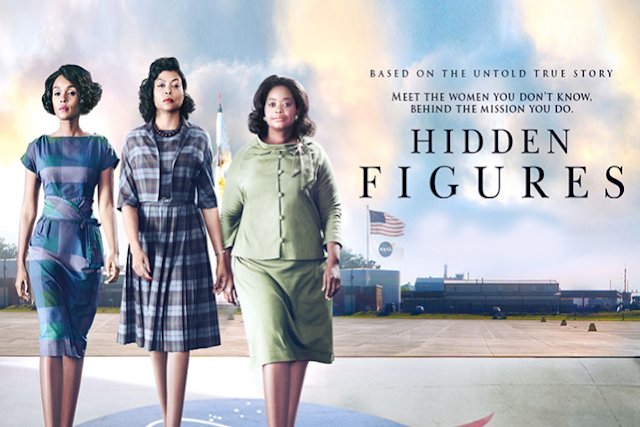 The three heroines of Hidden Figures are Dorothy Vaughan, Mary Jackson, and Katherine Johnson. In the early days of their employment at the Langley Research Center in Hampton, Virginia, when it was part of National Advisory Committee for Aeronautics (NACA), the facilities were racially segregated, and the characters are shown overcoming the systemic barriers put in place by the practice of segregation. When NACA was absorbed into National Aeronautics and Space Administration (NASA), the facilities were desegregated.

Eventually it all comes to a head when Katherine is forced to run half a mile across the campus to the segregated bathroom, and Kevin Costner’s character smashes the ‘Colored Bathroom’ sign. This didn’t actually happen in real life, as in reality she just used the nearest bathroom and got away with it, but it’s a visually satisfying shorthand for the dismantling of systemic oppression.

Halfway through the film, human computers are replaced by electronic computers, and Dorothy Vaughan teaches herself and her staff FORTRAN so that they won’t be made redundant. She had a 28 year career at Langley, and was the first African-American woman to hold a supervisory post there.

Katherine Coleman Goble Johnson is a mathematician whose calculations of orbital mechanics were critical to the success of the first and subsequent U.S. space-flights. During her 35-year career at NASA and NACA, she used her exceptional ability to perform complex calculations of trajectories, launch windows and emergency return paths for space-flights, the space shuttle, and a planned mission to Mars. In 2015, President Barack Obama awarded her the Presidential Medal of Freedom.

Mary Jackson was initially a mathematician working alongside Dorothy Vaughan and Katherine Johnson, but then took advanced engineering classes and became NASA's first Black female engineer in 1958. To qualify as an engineer, she needed graduate-level qualifications in physics and mathematics. She had to petition the City of Hampton to allow her to attend the courses, which were at an all-white school. She analyzed data from wind tunnel experiments and aircraft flight experiments at Langley. The results improved the scientific understanding of air flow, thrust and drag forces.

These days, people tend to think of computing as a male-dominated field, but in the early days, it was predominantly a female area of employment.

I find it incredibly inspiring that these women overcame all sorts of obstacles to become top mathematicians, engineers, and computer scientists.
Posted by Yewtree at 10:15